Eboracum Baroque is an ensemble of young professional singers and instrumentalists at the start of their classical music careers described as ‘Spectacular’ by Classic FM. The group was formed in 2012 by Chris Parsons at the University of York and the Royal College of Music and has performed all across the UK and Europe in prestigious venues and festivals including Senate House, Cambridge, The Temple Church, London and Christuskirche, Hannover. As well as their concert performances, they have given fully staged performances of Purcell’s Dido and Aeneas and Handel’s Acis and Galatea.

Whilst performing music from across the Renaissance and Baroque periods, the ensemble has a particular specialism in English music from the 17th and 18th Century. In January 2015 Eboracum Baroque recorded their first CD which was funded by the National Trust and Arts Council England. The CD features forgotten music by the English Baroque composer Thomas Tudway (1650-1726), and was recorded at Wimpole Hall near Cambridge where Tudway worked from 1714-1726. It was described by The Guardian as ‘Stylish Choral Singing and playing.’  They endeavour to champion forgotten English composers from the period whilst still performing many famous works.

They perform at a number of National Trust properties across the UK presenting programmes unique to each properties history including Wimpole Hall, Oxburgh Hall and Canons Ashby.

In December 2015 the group went on its first major tour abroad with performances of Handel’s Messiah in Münster and Hannover in Germany, receiving standing ovations by sell-out audiences and encores of the Hallelujah chorus. In December 2016 they toured Estonia, with concerts of Bach Magnificat and Vivaldi Magnificat in Tartu and Tallinn, the latter being broadcast on Estonian National Radio.

During the COVID-19 pandemic, the group have remained extremely active with themed virtual concerts, Spotlight concerts focussing on certain instruments in the group and a large scale project, ‘Heroic Handel’ which currently has had over 50,000 views on Facebook alone.

The group run an active education programme which works with schools across the UK. Recent projects have been based around Handel’s Water Music and Vivaldi’s Four Seasons. Eboracum Baroque are delighted to continue to work with the Horrible Histories author, Terry Deary on a number of projects where they hope to introduce the next generation of musicians to Baroque music. Performances with Terry have included a new narration of Purcell’s King Arthur and The Fairy Queen and a show called ‘The Glorious Georgians’ which received 5 star reviews at the Edinburgh Fringe Festival.

Their 2nd CD ‘Sounds of Suffolk’ was released in November 2018 and features forgotten music from 18th century Suffolk including violin sonatas by Joseph Gibbs and music from Ickworth House. Further details can be found on this website including recordings and upcoming concerts. 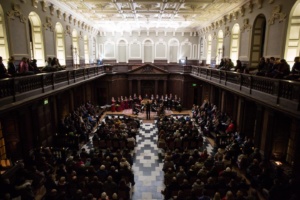 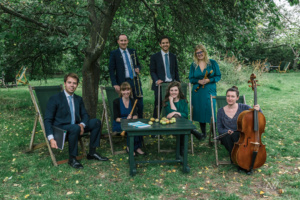