Chris Parsons is a conductor, trumpeter and teacher based in the UK. He read Music at the University of York before completing a Masters in Historical Performance Practice at the Royal College of Music in 2014. He now leads a professional career as a Trumpeter and Conductor, and has performed all across the world including tours in Germany, Denmark and Estonia. His time at York culminated in being awarded the University of York Concerto Competition prize, for which he performed Telemann’s Trumpet Concerto with the University Baroque Ensemble.

As a Trumpeter, he has performed all across the UK and Europe, both as a soloist and as an orchestra player, including with the Orchestra of the Age of Enlightenment, International Baroque Players and Oxford Baroque. As a modern trumpet player, he has appeared with the Brandenburg Sinfonia and Ukranian National Opera (UK Tour). Chris has performed in prestigious venues and festivals such as St John’s Smith Square, London and the Palace of Versailles. He performed as part of the BBC Proms live on BBC Radio 3 and as an orchestral trumpeter in the London Handel Festival. He has been fortunate enough to work with conductors including Sir Roger Norrington and Laurence Cummings.

He works regularly with the organist, Alex Berry and recent performances have included Naji Hakim’s Sonata for Trumpet and Organ and Eben’s Windows.

As a specialist baroque conductor he has directed a number of major works including operas and oratorios by Handel (Acis and Galatea, Messiah, Semele), Purcell (The Fairy Queen, King Arthur, Dido and Aeneas) and many works by Bach, Vivaldi and lesser known English contemporaries of Purcell and Handel.

He conducts all eras of music and recent performances have included Elgar’s Cello Concerto, Haydn’s Clock Symphony, Mozart’s Requiem and new commissions by the composers David Sims and Nils Greenhow.

He is passionate about community music and directs a number of community based ensembles and leads regular education workshops. 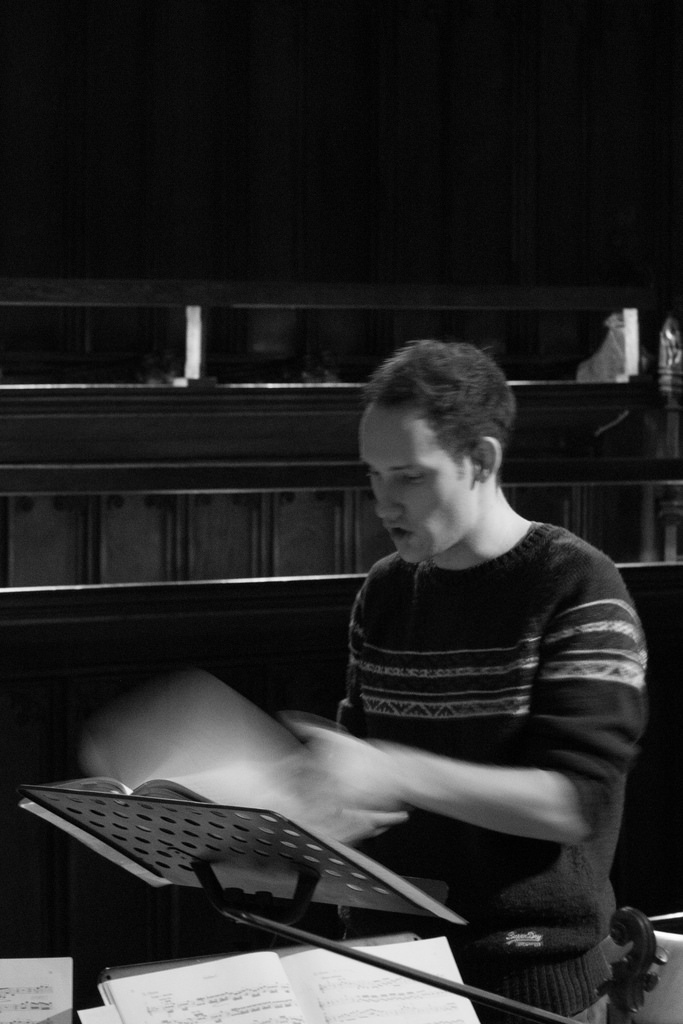