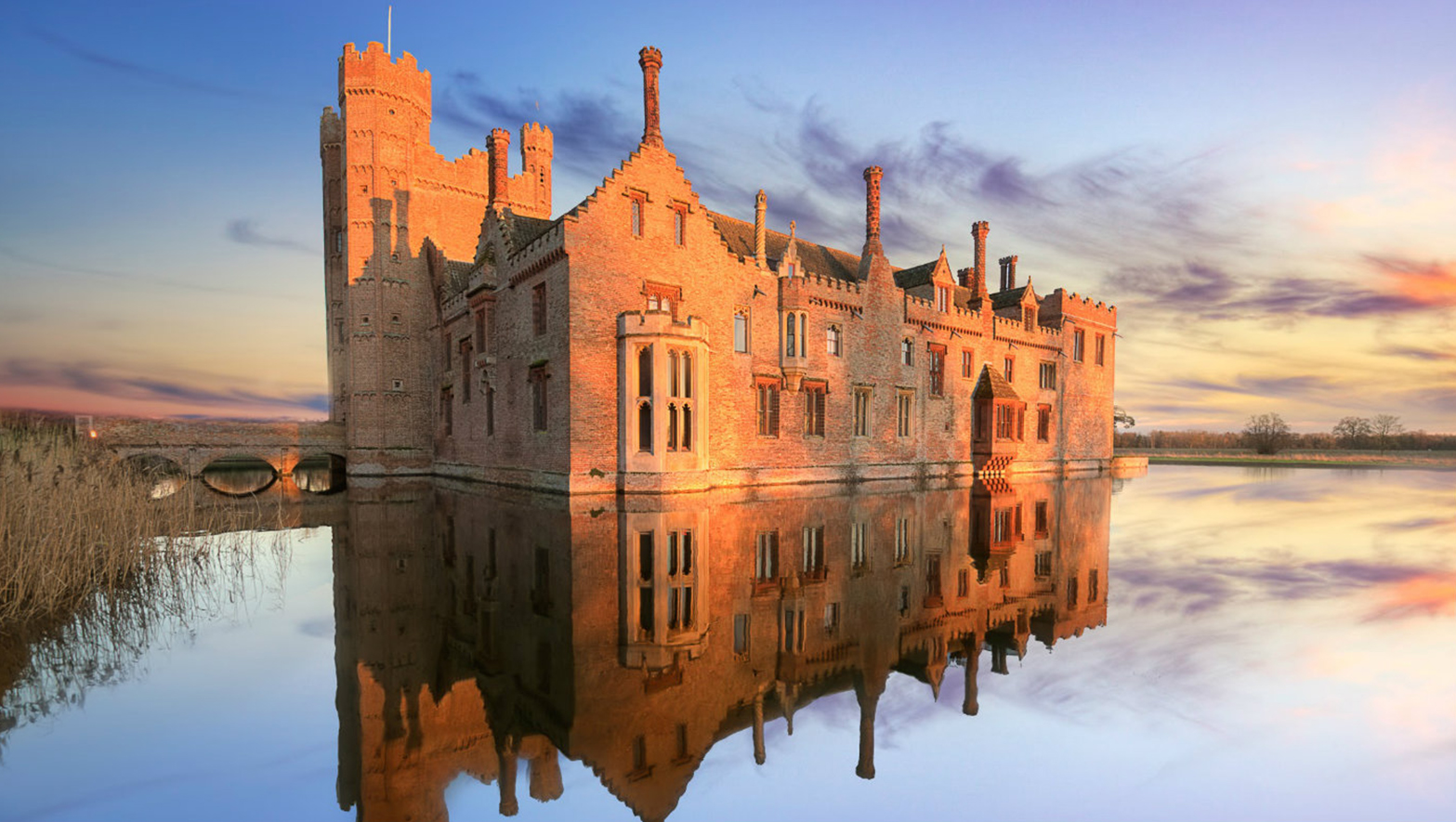 In October we were delighted to perform in three beautiful venues. The first of these concerts took place in the wonderful chapel at Oxburgh Hall National Trust where we performed a programme centred around the recusant catholic history of the Hall. The focus of the concert was Byrd’s Mass for four voices and along the way we performed music by Tallis, Parsons and Morley. It was really brilliant to perform this music in such an intimate, candlelit setting and particularly in a place which had such a connection to the ‘secret’ and illegal music that Byrd wrote due to his catholic faith during Elizabethan, protestant England. His setting of ‘Justorum Animae’ is a very poignant text for Byrd:

‘The souls of the righteous are in the hand of God, and there shall no torment touch them. In the sight of the unwise they seemed to die: but they are in peace.’

The sheer beauty of the work perhaps signifies the importance of the words to Byrd with his catholic faith in the forefront of his mind.

We concluded the performance with the final movement from the Mass for Four voices, Agnus Dei. The final page of this movement and indeed the whole mass is arguably some of Byrd’s greatest writing with great dissonance across the interlocking voice parts. It is a stunning piece of music and coupled with the reasons behind its composition and the secret performances it remains a major work of choral repertoire to this day.

Plans are already in place to return to Oxburgh in 2017 and we were delighted to perform to a big audience.

On Saturday 8th October we performed a lunchtime concert in Great Malvern Priory. This featured one of our regular singers and founder members, John Holland Avery in a programme that included excerpts from Messiah and music by Jeremiah Clarke and J.S.Bach.

Our final concert in October took place in the beautiful surroundings of St Michael’s Church, Framlingham in Suffolk. The programme called ‘Fairest Isle’ featured music from across 17th and 18th century England with sacred and secular works by Purcell, Hawkins and Tudway. The performance in the second half included a short chorus ‘Hail Goddess!’ written by Thomas Tudway to celebrate St Cecilia, the patron saint of music. This is believed to be the first modern day performance of this work. The concert concluded with a full performance of Purcell’s ode, Welcome to all the pleasures.

All in all a very musical month!