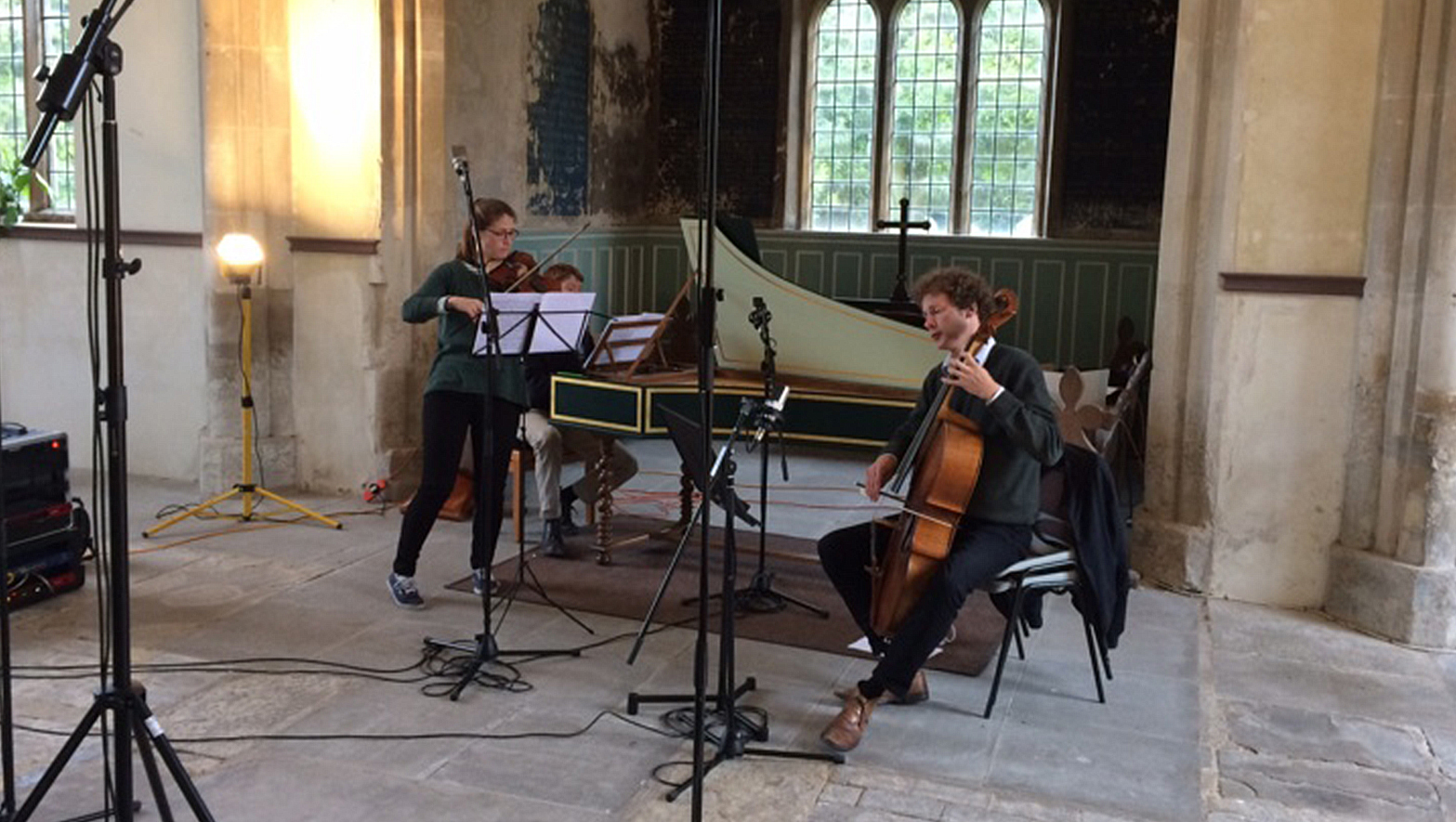 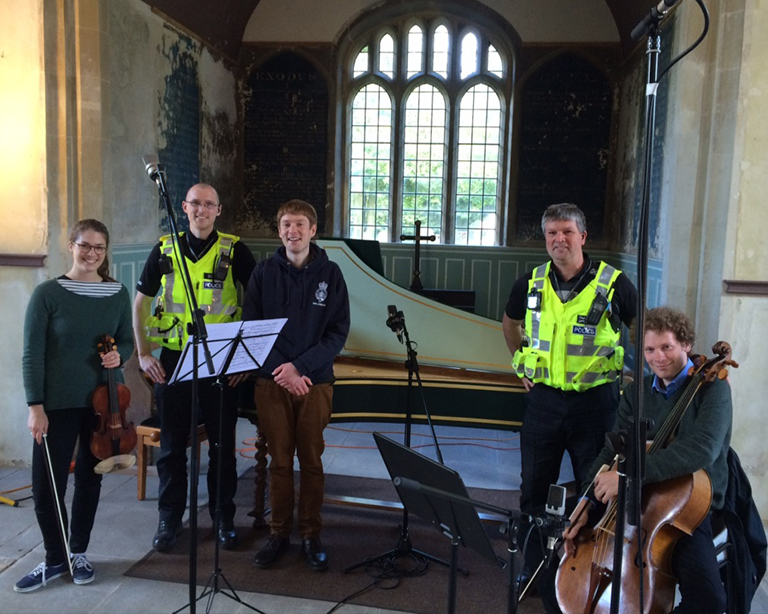 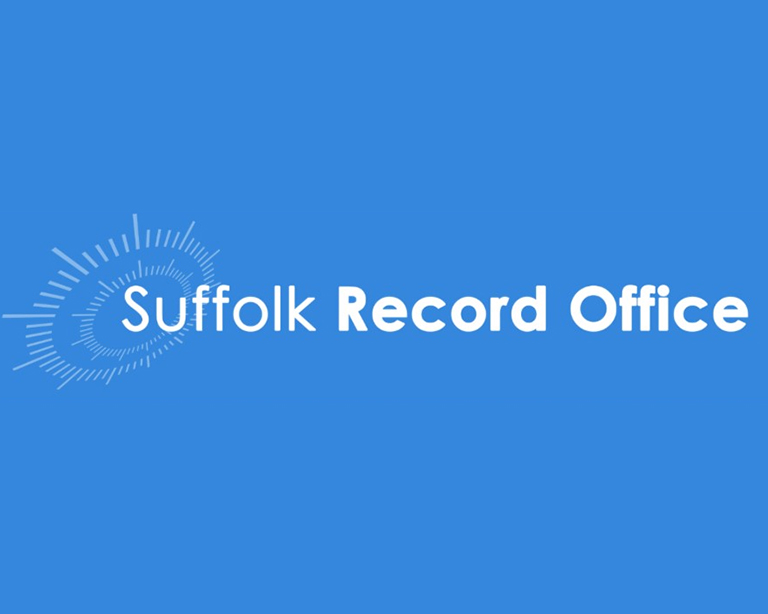 When Chris approached me to ask if I was interested in recording the violin sonatas from a lesser-known Suffolk composer, little did I know quite what I was letting myself in for! The work of Joseph Gibbs is intriguing. It is unusual music, tricky to play and at times hard to understand but ultimately it revealed itself to be satisfying to unpick and incredibly fun to perform. We proposed to record a selection of the sonatas, and after careful appraisal we chose I, III, IV and VI as the most musically rewarding pieces in the collection of eight sonatas.

Published in 1748 this is music with an eye to the future and the music portrays realistic characters and raw emotions. However, despite his unique flair Gibbs doesn’t stray too far from familiar forms indulging himself in traditional minuets and da capo movements. Each sonata introduces numerous motifs, challenging rhythmic and fleeting harmonic ideas which can make the music hard to decode. It is not until you perform this music that the characters really reveal themselves and it is this commitment to characters and ideas that is key to this music. Gibbs was known to have been inspired by Corelli and Geminiani, and whilst he perhaps lacks their innate understanding of the violin and the finesse of their compositional idiom, you do get the sense that Gibbs understood the drama of performance. The pieces work really well with both harpsichord and cello bass, the bowed bass accentuates the unusual harmonies whilst the harpsichord adds an expansive feel to some of the simpler movements.

Gibbs often uses the opening movement from each sonata to explore his most unusual ideas, Sonata I in D minor is a great example of this as a startling combination of dramatic rhythmic motifs and surprising virtuosity alongside an opening theme of relative simplicity. He explores fast passage work, triple and quadruple stopping, echo dynamics, arpeggiated cadenza-esque ideas and some strange harmonic progressions in the opening two minutes of music. At times it can appear as if Gibbs is eager to demonstrate all of his ideas at once!

Sonata III is the most traditional of the works. A bold opening in G major sets the listener on the right track and Gibbs doesn’t stray too far away from the expected forms for the whole sonata, ending in a charming minuet with variations. This was the most easily accessible sonata for me as a performer, with relatively clear characters and musical ideas.

The opening of the fourth sonata proved to be the trickiest to record, the lilting Scottish tinged theme is followed by a harmonically challenging cadenza and deceptively hard double stopped passage. Gibbs really throws himself into the second half, introducing new ideas and triple stopping into the mix. The remaining movements seem to return to more familiar ground, with another da capo variation movement.

The seventh sonata was my personal favourite, a bit of drama, endlessly fun to play and a gloriously poppy chordal progression at the end of the first movement. The allegro has just the right amount of quirkiness combined with a satisfying sequence or two and the ending variation trips along with some wickedly fun demisemiquavers. By far the most fun to perform!