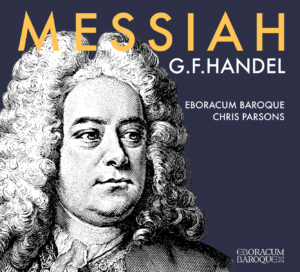 Handel’s masterpiece, Messiah is now one of the most famous classical pieces of music to be performed across the whole of the world. Handel had become good friends with the

librettist, Charles Jennens who had been a constant supporter of his works for many years. He received Jennens’s text for Messiah in July 1741 and began swiftly to compose. It is believed that he began work in August and by the end of that month had concluded part one. Part’s two and three followed in an astonishing nine days.

The first performances of this great work took place in Dublin in April and June of 1742 to great acclaim and sell out audiences. It then was given its London debut in the Theatre Royal, Covent Garden in March 1743. Its first performances in London were not as successful as those given in Ireland but in the final seventeen years of Handel’s life fifty-six performances were given across the country. Handel’s writing of Messiah was indeed a very hasty one. He repeatedly altered his music for different versions that were given during his lifetime so that in some cases three or four different versions were available for certain Arias or Choruses. It therefore must be argued that there is no such thing as a performance of Messiah that is ‘set in stone.’ One particular area that hugely influenced the changes in his alterations would have been the conditions in which the performance was given and the soloists that were used for each particular performance. Singers at the time were known to insist that arias were made to fit their voices and it became common that arias would be reworked and transposed as seen fit depending on the soloists in question. Handel’s soloists in Dublin for the first performance were not as prestigious as those that would later perform in London and this may be why some of the Arias are different to those as found in later versions.

Further notes on Messiah and a full libretto can be downloaded here: Messiah Notes and Libretto

Below you can see some pictures of the recording process back in December 2020. We feel incredibly grateful that this project was possible. It was wonderful to work with the grammy award winning CD producer, Adrian Peacock who brought all his expertise and experience to the sessions.

We recorded in Swaffham Prior Church just outside Cambridge. The whole village came together to support the recording, always on hand to help (and we often frequented the pub for its excellent food!)

A video of the project will appear shortly. 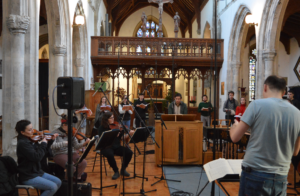 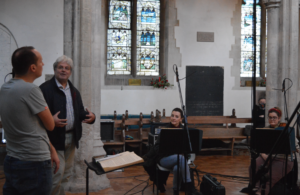 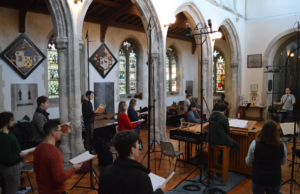 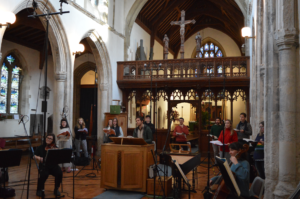